Embed dependencies in your Assembly

Sometimes, when your assembly has many dependencies, you may have the need to simplify deployment. One useful approach is to embed dependent assembly into the main one. To proceed, you need to add the assembly as embedded resource into your project: 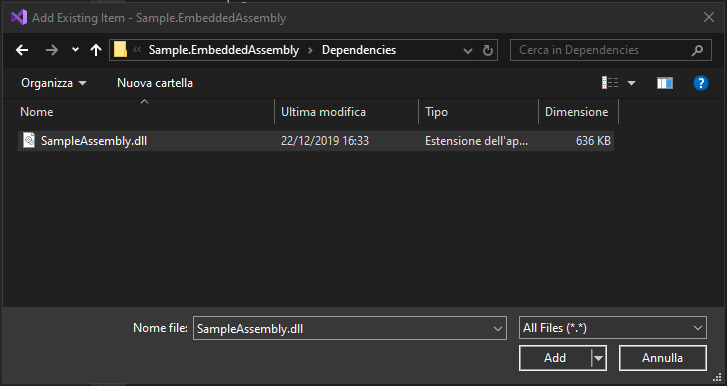 Then set the assembly as Embedded Resource: 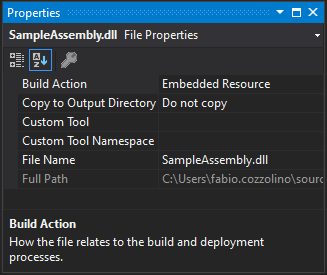 Finally, the code is very simple. Subscribe to the AssemblyResolve event. That event is fired when the common language runtime is unable to locate and bind the requested assembly:

Then, you must implement the event handler, read the assembly from resources and call the Assembly.Load method to load it:

The above code assumes that the assembly are stored in a folder named Resources and the base namespace is the same of the current type.

At the end, we can analyze the pros and cons of this approach:

This is a very simple way to read embedded assemblies. Be careful, use this approach only if it is really necessary.